New Orleans has always been a city that championed the arts and celebrated culture, which has fostered a lively gay social scene and drew many LGBTQ artists and performers to the French Quarter, home to Café Lafitte in Exile, one of America’s oldest gay bars. The longest running gay event, the Fat Monday Luncheon, kicked off in 1949, and the oldest gay social organization, the Steamboat Club, was launched in 1953.

Mardi Gras fostered its own gay traditions with the Krewe of Yuga, the first gay Carnival club formed in 1958. The Krewe of Petronius (1961) and the Krewe of Armenius (1969) followed suit.

Notable gay locals and residents included Tennessee Williams, who came here in 1938 and wrote “A Streetcar Named Desire” from his home at 1014 Dumaine St. Pioneering photographer Frances Benjamin Johnston retired to New Orleans in 1940, living in her Bourbon Street townhouse until her death in 1952. Ellen DeGeneres, a native of nearby Metairie, emceed the New Orleans Mr. and Ms. Gay Pride Contest in 1981, long before she came out publicly in 1997.

A climate of change across the United States fomented gay activism in the early 1970s in New Orleans as well, with groups like the Gay Liberation Front of New Orleans, a local chapter of the national lesbian organization, Daughters of Bilitis, gay pride events and the founding of the Tulane University Gay Students Union. The Gertrude Stein Society, which began in 1975, brought together a group of men and women who were instrumental in developing an active community infrastructure in the 1980s: the Louisiana Gay Political Action Caucus (1980), the State Gay Conference (1981), the New Orleans Gay Men’s Chorus and a local chapter of P-FLAG (both in 1982), and the NO/AIDS Task Force (1983).

LGBT rights were (finally) recognized by New Orleans City Council in 1991, with the passing of a gay non-discrimination ordinance. In 1997, Louisiana earned the distinction of being the first state in the Deep South to pass a hate crimes law that covered sexual orientation, and New Orleans Mayor Marc H. Morial extended domestic partner benefits to city employees. And, in 1998, New Orleans became one of the earliest cities to add gender identity to its list of groups protected from discrimination.

Dispersed along with the rest of the city’s population by Hurricane Katrina in 2005, the LGBTQ community has worked its way back, and like all of New Orleans, experienced growth from an ongoing wave of newcomers to the city who have moved from other places. Supported by a tightly knit community of non profit and cultural organizations including the LBGBT Community Center of New Orleans and NOAGE, New Orleans Advocates for GLBT Elders, the LGBTQ population continues to be a vital part of the city’s fabric and culture. 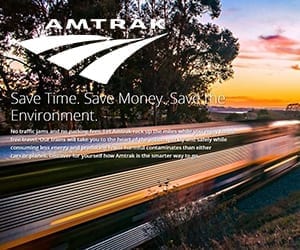